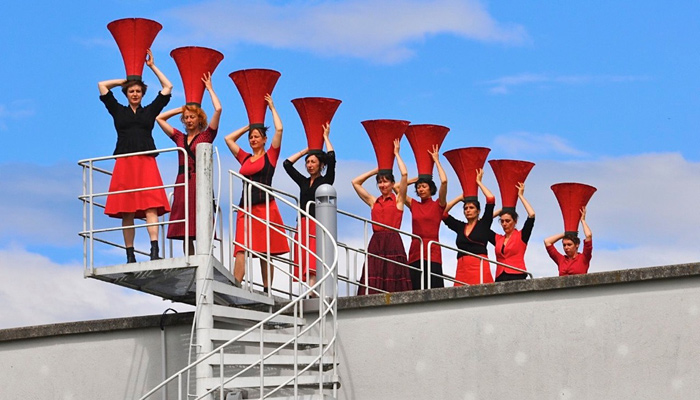 A musical theater group based in Strasbourg, France.

ANNE LEMEUNIER
Artistic director for Les Clandestines. Actor and singer. She has worked with local theatre companies in Alsace and in Provence. She also teaches classes and gives workshops to teenagers and amateurs. She has been directing Les Clandestines since 2000.

BÉATRIZ BEAUCAIRE
Actor and singer. She has worked with different companies in Alsace and with the Footsbarn Theatre. She has acted for television and records voices for ARTE, the Franco-German cultural channel. She teaches theater and movement.

VÉRONIQUE BORG
Actor, singer and programming consultant. She has recorded for the French national radio, writes songs and directs musical shows. She acts and sings with Le Fil Rouge, an Alsatian company. She recently created her own theater company, La Grande Ourse. She directs writing seminars.

CAROLE BREYER
Actor and singer. She works with companies in Alsace, especially on shows that combine theatre, puppetry, movement and visual arts.

NATON GOETZ
Actor, singer. She has sung in a rhythm and blues band and has worked with a circus company in Alsace. She works for the theatre and the theatre for the youth in Alsace.

DOMINIQUE HARDY
Actor, storyteller and singer. Of Vietnamese origin, she specializes in Asian stories and likes to mix singing and story telling. She directs the company Archipel Indigo. She teaches theater and singing to children.

STÉPHANIE LÉPICIER
Manager
After working for an international street theater company, Theater Rue Pietonne, she worked for a national theater (Centre Dramatique National) in Colmar. She currently works for Dégadézo, Les Clandestines and Le Fil Rouge. She created an agency for management and development, Azad Production.

VIRGINIE MEYER
Actor and singer. She works with Alsatian companies and tours internationally with the street theatre company Les Zanimos.

VINCENT POSTY
Musician (guitar, electric bass and double bass).
He is interested in innovative approaches in terms of musical creation, such as improvisation or post-jazz. He pays in groups such as Zakarya (produced by John Zorn), Ovale, Elektrik Gem, Hijaz’ Car, Elvvis, Kemik…

EMMANUELLE ZANFONATO
Set designer, actor and singer. She designs sets and costumes for theatre and dance pieces and for television. She is an actor in some of the shows of two Alsatian companies, Médiane and Archipel Indigo. She also teaches musical theater to young professionals. 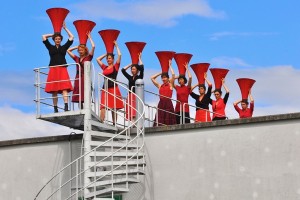